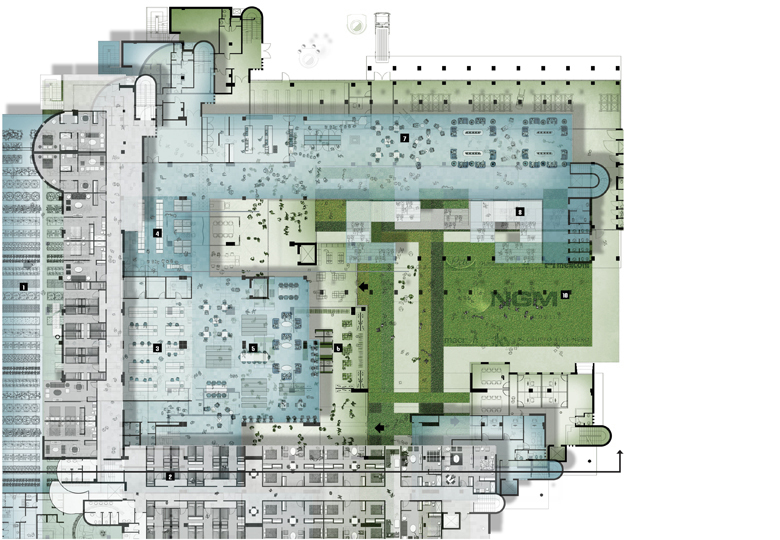 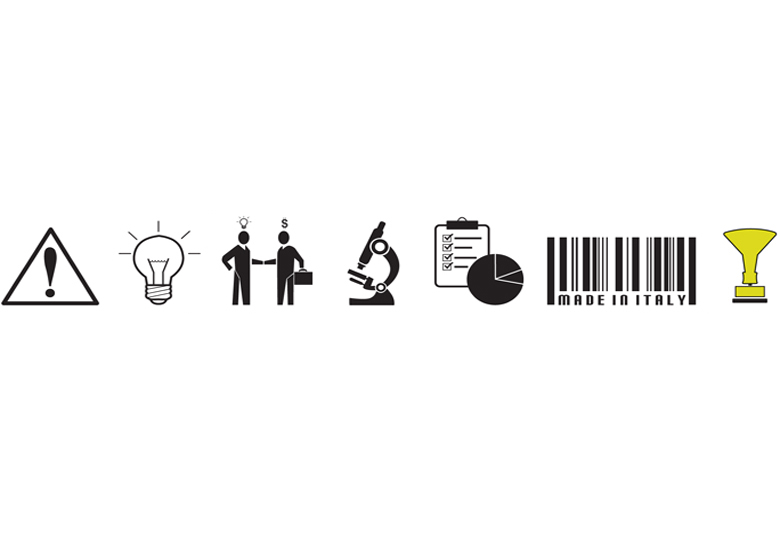 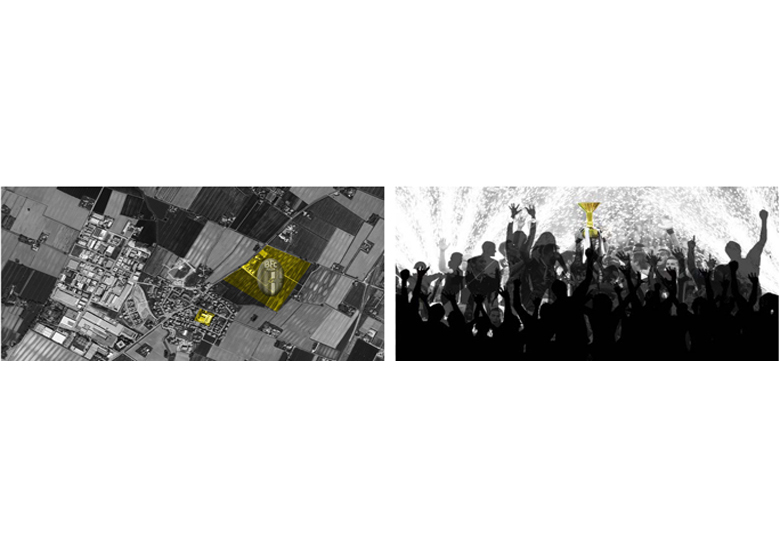 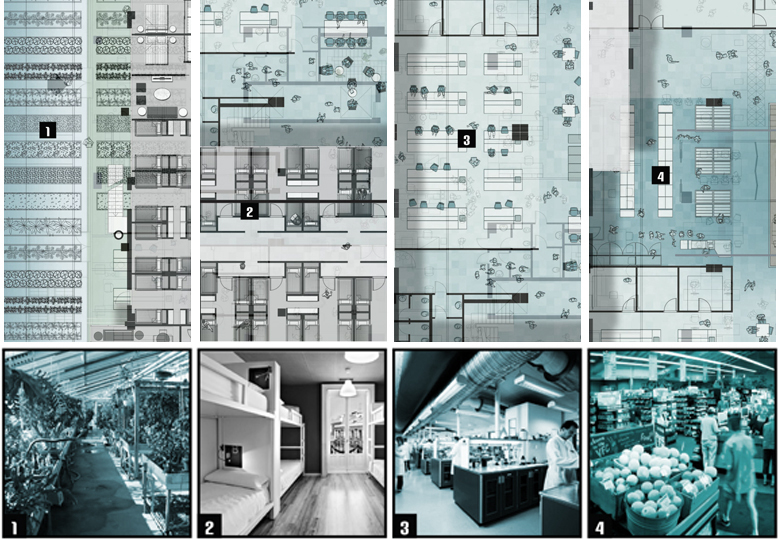 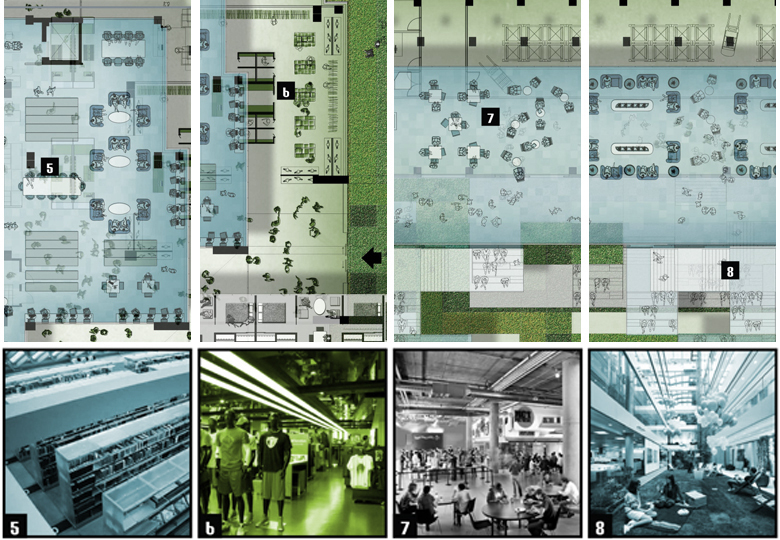 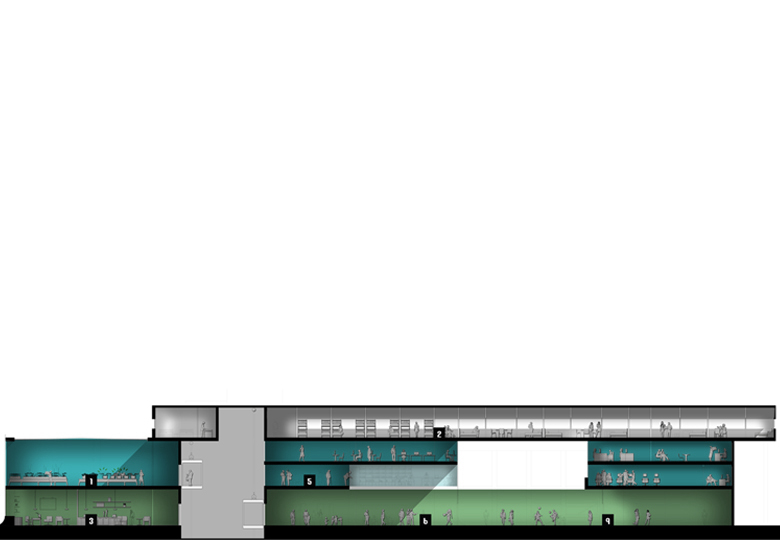 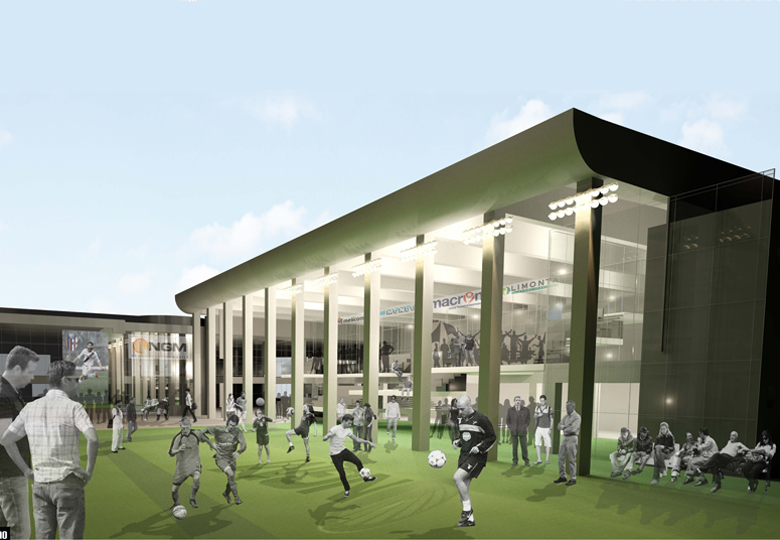 The FOOT•BALL•CO•LAB is an interactive football campus where community and industry meet. Housing everything from apparel research facilities to organic green houses, the FOOT•BALL•CO•LAB is a facility designed for one purpose, the continual advancement of Bologna FC and its devoted community. Situated in Quarto Inferiore in close proximity to the future site of the Bologna FC Football Club, this facility unites the general public with industry leaders in a collaborative environment meant to inspire, create, & innovate on all things football.

Research labs, wellness and fitness centres, product libraries, supplement developers, pitch designers, short term residencies, and nutritional greenhouses all come together under one roof to create an environment where every aspect of a professional football player’s development is analyzed and tested. By exposing this process to the public, the FOOT•BALL•CO•LAB is meant to strengthen the Bologna FC community and create an interactive environment where individuals can learn and participate in their development.

Every aspect of the facility is open to the public and serves as a destination for those who wish to interact with the members and sponsors of Bologna FC. The FOOT•BALL•CO•LAB provides resources and technical ability to the general public in an environment which supports community, innovation, and execution, in an effort to win.